Typhoid: Is it Worth Getting Vaccinated? 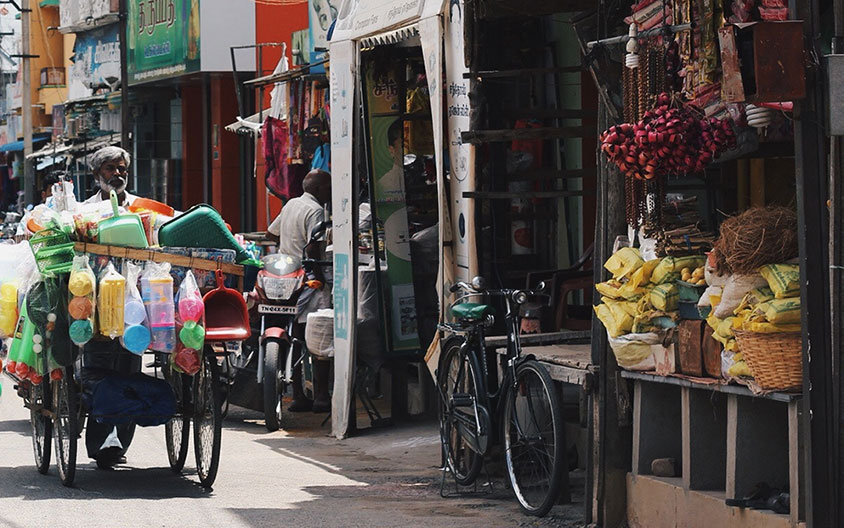 Typhoid is an infectious disease spread by the bacteria Salmonella typhi. Its key symptom is a high fever. It can also be accompanied by stomach pain, headaches, constipation or diarrhea, and rashes—rose spots—on the torso. It is a systemic illness, meaning it affects all areas of the body rather than being localized to one specific organ or body part.

Infection happens through the fecal-oral route; that is, you can contract this disease by ingesting contaminated urine or fecal matter. Sounds nasty, but it’s very easy to do this inadvertently—for example, eating a meal made by someone who has not washed their hands properly after using the bathroom, eating raw food, drinking contaminated water, or coming into contact with food and drink that a fly has landed on, all put you at risk.

Symptoms vary from individual to individual—generally, the disease has about four stages with each lasting around a week, but everyone experiences it differently. Some people experience symptoms only six days after becoming infected, while in others they may take up to thirty days to surface. Severity of symptoms differs as well. Historically, people have even been able to recover on their own in the midst of typhoid outbreaks.

Some people, known as carriers, may be infected with the pathogen and never show signs, but are able to infect others. Perhaps the most infamous carrier of typhoid was a woman in the early 1900’s known as Typhoid Mary, who was responsible for the deaths of several families for whom she worked as a cook. Her job made her a deadly vehicle for spreading the disease: since she was around food all the time, she contaminated just about everything that went into her employers’ mouths.

What are my chances of getting typhoid?

Thanks to antibiotics and better sanitation, the disease is no longer a cause for concern in developed countries. Travellers to developing countries however, have a 0.003-0.03% chance of contracting the disease (i.e. 3-30 cases per 100 000 travelers). The vast majority of those cases happen during travel to the Indian subcontinent. As a result, visitors to those areas are frequently advised to get vaccinated prior to their trip and to take other preventative measures.

Prior to the discovery of an effective cure in 1948, typhoid was a devastating illness responsible for wiping out huge swathes of the population around the globe. The mortality rate of this disease was roughly 15%[5][8], even higher than that of influenza, and was so prevalent it “constituted a rite of passage for school age children and young adults” in North America.

Although it is now little known to those of us living in the Western world, the bacteria responsible for this illness once had the power to change the fortunes of nations and dynasties. It is speculated that a typhoid epidemic was responsible for ending the golden age of Athens in Ancient Greece and shifting the balance of power in the region to its rival, Sparta. Entire colonies were nearly wiped out by the disease in the nascent United States. In the Spanish–American War and the Anglo–Boer War, typhoid was more effective at killing soldiers than any effort by human enemies.

Even in the present day, typhoid remains a public health concern in lower-income countries, especially many in northern or western Africa and southern Asia. The number one source of outbreaks remains human carriers working in a food-related position, similar to Typhoid Mary.

What can I do to prevent typhoid?

Two forms of the typhoid vaccine are commonly available:

Either one should be taken at least two weeks before travel. Typhim Vi® provides 2 years of protection, and Vivotif® provides 5, after which booster doses are needed. Prices for both are around $55 in Canada, making this one of the more affordable travel vaccines.

As with any vaccine, the chance of death or another serious medical problem is low but present, and milder, more common side-effects of the vaccine include fever and/or headaches—essentially a toned-down version of the real illness.

It is important to note that neither vaccines afford 100% protection against typhoid. Various studies have placed the effectiveness of vaccination at between 50–80% even when administered properly, with a decrease in efficacy over time.

Furthermore, a related fever known as paratyphoid, caused by another member of the Salmonella group of bacteria and also transmitted through the fecal–oral route, is “clinically indistinguishable” from typhoid and is largely unaffected by the vaccine. No separate vaccine has been developed yet for this disease, but it has been cropping up more and more often in the same parts of Asia that see a lot of typhoid cases.

The most at-risk travelers are those visiting friends and relatives in India, Bangladesh, and Pakistan, accounting for over 55% of all cases in the United States. Since this group is least likely to have taken precautions while eating and drinking, including eating raw fruit or vegetables or buying food from street vendors—all possible sources of contamination—it shows the importance of being careful about what you put in your mouth. Since you can only enjoy “moderate protection” from the vaccine, practicing good hygiene and only eating properly cooked food goes a long way.

What happens when I catch typhoid?

Despite using best practices, it is still possible to get typhoid. But even though you may experience the distressing symptoms of fever, stomach issues and overall weakness for a couple weeks, with prompt treatment, your chances of a full recovery are great with antibiotics. Since many symptoms of typhoid are ambiguous—fever, headaches, stomach pain—it is important to see a doctor right away if you have recently traveled to a high-risk area and are experiencing some of the signs.

Antibiotics are an extremely effective treatment, with mortality rates reduced to a mere 1%, but there is increasing resistance.

Final verdict: Is the typhoid vaccine worth it?

Although both vaccines only provide up to 80% immunity at best, when combined with proper sanitation techniques and personal caution, they are highly effective at preventing typhoid. The chances of getting typhoid are small, and the cure is safe and very effective. However, typhoid remains a severe illness with painful symptoms that takes at least a week to recover from—not exactly the kind of memory you’d want to end your vacation with.

Whether you should get the shot depends on where you are going and what you will be doing, among a slew of other factors. If you are traveling to a relatively low-risk country such as Mexico, and planning on eating mainly pre-packaged food, for instance, you may be fine going without it. If, however, you belong in that highest-risk category of travellers—visiting areas in South Asia, with plans to experience as much of the local cuisine as possible—the vaccine would absolutely be the right choice for you. For people who fall in between, although the chance of contracting typhoid remains slim, the price tag of the shot itself is equally small, and therefore worth getting at least for the peace of mind. Of course, if you’re unsure, only a consultation with a travel clinic can give you answers specific to your situation.