Dukoral: Worth it for Traveler’s Diarrhea? 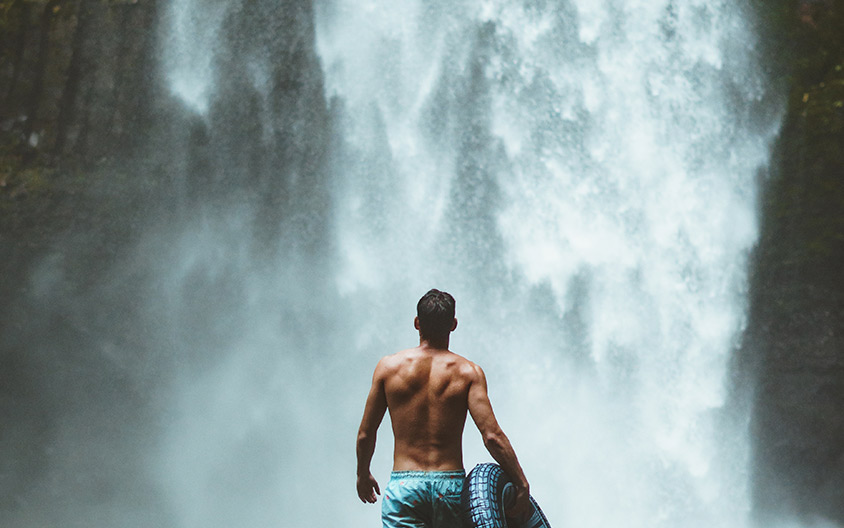 Traveler’s diarrhea (TD) is one of the most common afflictions to befall visitors to foreign countries, and while symptoms are usually nothing to worry about, the shadow it casts over your vacation may linger.

Most often, traveler’s diarrhea is caused by one particular group of bacteria called enterotoxigenic Escherichia coli (ETEC), and, because they are readily spread through food and water, many people fall prey to these microorganisms in environments with patchy sanitation. Travelers who are not careful about washing and cooking their food, treating their water, and maintaining their hygiene put themselves at high risk for contracting traveler’s diarrhea. Even taking the utmost precautions, however, doesn’t guarantee your safety, as ETEC infection has been associated with both cooked and uncooked food.

It’s no surprise, then, that more and more travelers have been turning to vaccination as a further safeguard against this widespread illness. Of these vaccines, the most well-known is DUKORAL®, currently available in Canada and Europe, which offers protection against ETEC with an efficacy rate of around 60%. It owes its household-name status in part to aggressive advertising campaigns, and many Canadians have seen at least one cheery DUKORAL® commercial on TV this summer.

However, as popular as it is, DUKORAL® is also one of the more controversial travel vaccines, in part due to questions about how much protection it actually offers. Although ETEC is the most common culprit of traveler’s diarrhea, there are numerous other agents, including viruses and other bacteria, that Dukoral has no impact on. In fact, a study showed it only provided 28% protection against TD. So is this vaccine still worth getting?

What are my chances of getting traveler’s diarrhea?

Your chances of coming down with traveler’s diarrhea depends on where you are traveling. Developing nations pose the greatest risk, mostly due to poor sanitation, with around 20–50% of visitors to these countries falling ill, and the highest rates occurring in Africa and Asia. The threat is significantly smaller, though still present, in developed areas.

However, simply attending a consultation before embarking on a trip has potential to lower your risk of TD—after pre-travel advice, incidence rates of TD were around 10–40%, whereas without any advice it could be as high as 20–70%. During a consultation, a medical professional can review the circumstances of your upcoming trip and provide the most appropriate advice specific to your situation.

What happens when I get traveler’s diarrhea?

TD is a very common illness, and while unpleasant, it rarely has any lasting negative impacts. The intensity and length may vary, depending on which species of bacteria is responsible, but in the vast majority of cases, TD will only cause uncomfortable symptoms like diarrhea and nausea, and goes away by itself within three days.

The most dangerous effects of TD include dehydration and loss of electrolytes, but these are readily countered by drinking lots of water and taking oral rehydration salts (ORS). Only around 10% of people who fall ill ever need to see a doctor, and only 3% require hospitalization. Generally, unless you have a complicating condition, or are part of a vulnerable population (young, elderly, or immunocompromised), medical attention isn’t necessary. However, if the illness persists for longer than a week, another illness more serious than TD may be at play, and it would be wise to consult a professional.

Since taking strict precautions may be difficult when you’re also trying to experience the local culture, such as by eating from street vendors or at restaurants, it’s important to be prepared for the possibility of contracting TD. You may want to pack some ORS, which can be found in pharmacies or prepared at home with some sugar and salt, and an antibiotic such as ciprofloxacin or rifaximin.

Is DUKORAL® worth it?

DUKORAL® has a low effectiveness rate in most areas of the world, and has a very short protection period of only around 3 months.

A 2012 study found “insufficient evidence to support” the use of the vaccine, and other sources, including the Canadian government, have recommended its use only to travelers to areas with active cholera outbreaks (a rarer disease that DUKORAL® also protects against). So far, the medical consensus does not advocate using DUKORAL® to prevent TD.

Combined with the fact that it is usually sold for over $100 in most of Canada, unless you are going overseas to assist in cholera relief efforts, it is probably fine to travel without the vaccine.

What are my other options?

Pepto-Bismol has been shown to be effective against TD when used four times a day, providing up to 65% protection. This is one of the most commonly recommended medications used to prevent TD, and has the perks of being more accessible and less expensive than DUKORAL®. Of course, when taken this often, it comes with its own side effects, most notably constipation, and should only be taken for three weeks at most. Furthermore, remembering to take the medication four times a day while on vacation can be very inconvenient, making this method harder to stick with.

The antibiotics ciprofloxacin and rifaximin, in addition to helping to alleviate TD, can also help prevent it, although studies on their effectiveness have given mixed results. However, they may be a good alternative, especially if you happen to be allergic to salicylates or other ingredients in Pepto-Bismol.

In any case, when planning a trip to a developing country, it’s important to get pre-travel advice before you make any purchases. With your pre-travel practitioner, you can create a prevention strategy that takes into account where you are traveling, how long you are traveling, and other details, all of which affect the type of medication used. For example, ciprofloxacin is less effective in Asia, because a greater proportion of the bacterial strains there are resistant to the drug. After a consultation, you will be able to prepare yourself in the way that makes the most sense for your trip.